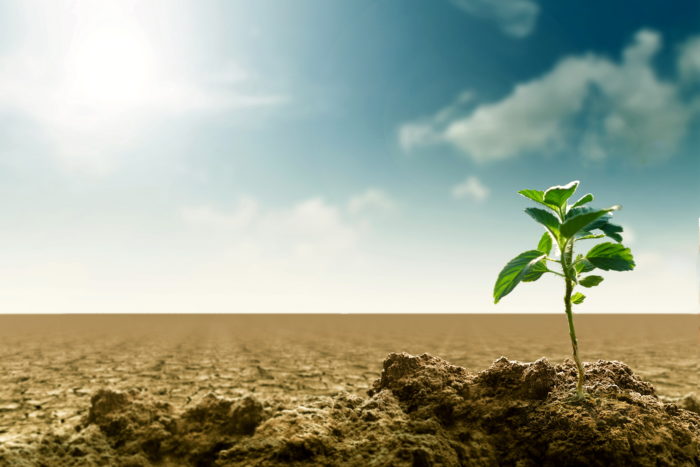 Worried About Global Warming? Electric Forklifts a Step in The Right Direction

In early October, the news was full of reports from the U.N.’s Intergovernmental Panel on Climate Change, which released a dire 728-page document that warned against global temperature rises. According to the report, even the world’s agreed-upon single degree Celsius increase in global temperature will change the Earth as we know it. Instead, the report urged world leaders to take greater action in an attempt to limit the increase to just .5 degree Celsius, which would maintain ecosystems similar to those that currently exist.

The report is gloomy, without a doubt, as the panel expressed both concern that the world’s countries would not be able to limit the increase but also optimism that it could be done with drastic changes. Frustratingly, scientists refused to comment on the feasibility of these changes actually happening.

An undeniable factor in the global rise in temperature is the effect carbon dioxide has and continues to have. In order to effectively limit temperature increases, the world needs to adopt new energy systems and solutions, rethink land-use, and adopt new transportation options, among others. Specifically, actions that reduce the amount of carbon being emitted into the atmosphere are expected to have the most effect. Low or Zero-emission power generation, electric transportation, green infrastructure, and improved energy efficiency can all drive this change. A movement away from fossil fuels and towards renewables would not only reduce carbon levels, but could also clear the air of other pollutants.

What Can Businesses Do?

Although the report is intended for world leaders, that doesn’t mean individuals and businesses are helpless. As with so many areas of change and innovation in the past, it may come down to consumers, business, and industry to drive the necessary changes. The best way to do that is to shop with global warming in mind. Choose products that are produced close to home and don’t require long-distance shipping and transport. Choose high-efficiency products when possible. Purchase items that don’t emit greenhouse gases and support clean energy development.

Electric Forklifts to The Rescue

At XL Lifts, we are extremely proud to carry small and large capacity electric forklifts. Electric forklifts are one example of how businesses have the power to drive change and innovation. Our customers had asked for gas-alternative forklifts and we were happy to deliver. Electric forklifts produce no emissions and do not require gasoline. Low-maintenance lithium batteries last longer and are safer for the environment, and still provide electric lifts with the power necessary to get the job done.

XL Lifts is the first to offer large capacity electric forklifts to the industrial sector and we’re glad we did! While switching to electric forklifts isn’t enough to save the planet, it’s a step in the right direction and can help companies reduce their carbon footprint, save money, and set a good example by influencing others. We believe that consumer demand can drive change by influencing both political and economic policies and business manufacturing decisions. At this point in the game, every person on the planet has a vested interest in limiting global temperature rise. Going green isn’t just good PR anymore, it’s become increasingly vital to everyone’s survival. Every little bit helps. Put your purchasing power to work; retire your old, polluting forklifts and replace them with greener, more efficient electric forklifts from XL Lifts.

Contact us at 1.805.889.8487 to learn more about electric forklifts and how they can help you green your business.

Aimee Quemuel is the Vice President of Operations and Marketing for XL Lifts. She has 20+ years running successful public relations marketing campaigns for companies such as Thomson Reuters, the USA TODAY NETWORK and Bloomberg Tax, and now XL Lifts.

Thank you for your interest in XL Lifts. Please contact us using the information below.